Coffee with your legislators

“Federal Tax Reform: Why is it needed, why so difficult?” 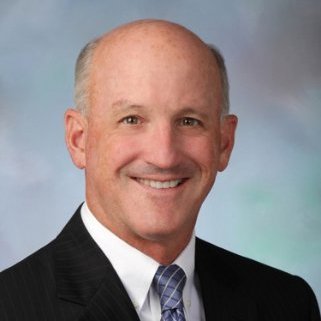 With Republican control of Congress and the presidency, major tax reform is a realistic possibility for the first time in more than thirty years. Why is it important and why has it been so hard to pass reform in the past? Thomas S. Neubig will discuss the economic and political issues and obstacles. Tom Neubig is a founding member of Tax Sage Network and a research affiliate at the Office of Tax Policy Research at the University Of Michigan Ross School Of Business.

“Feminism in the Era of Trump” with Amy Allen, Penn State

“DACA and the Dreamers”

Attorney General Jeff Sessions announced in September that the Trump administration will rescind the Deferred Action for Childhood Arrivals (DACA) program. Dan Tichenor discussed the dynamics of American immigration reform, the origins of our current policy breakdowns, and the challenges ahead.
Dan Tichenor is the Phillip H. Knight Professor of Social Science and Senior Faculty Fellow at the Wayne Morse Center for Law and Politics at the University of Oregon.

Thomas Preston discussed the current state of the North Korean nuclear program and the security challenges it poses for the U.S. and regional allies.
Thomas Preston is C. O. Johnson Distinguished Professor of Political Science at Washington State University.

“Truth, Twitter, and Fake News: Trump and the Media”

President Trump’s extensive use of social media to shape policy and public opinion is unprecedented, while his attacks on mainstream media continue. Our panel of experts discussed the controversial relationship between Donald Trump and the media. View more.

Are Civil War monuments emblems of racism and white supremacy? Is removing them rewriting history? Our panel of experts discussed the controversy.

“Incivility: Dealing with it in politics and in our lives”

Carolyn Long discussed the importance of civil discourse, including on college campuses. Dr. Carolyn Long is associate professor in the School of Politics, Philosophy and Public Affairs at WSU Vancouver, and the Sam Reed Distinguished Professor in Civic Education and Public Civility.

“The Greatest Show on Earth: The evolution of human rights”

What do South Park and the quest for human rights have in common? Professor William Talbott discussed an increasing commitment to human rights and justice in a world where human life on Earth has played out like a long-running TV reality show. William Talbott is Professor of Philosophy and the Joff Hanauer Honors Professor in Western Civilization at the University of Washington. View more.

As more states move forward with legalizing marijuana new challenges have emerged for state regulators. At the federal level, the Trump Justice Department has also signaled a possible change in its willingness to allow the legalization process to continue unabated. Justin Nordhorn is Washington State’s Liquor and Cannabis Board Chief of Enforcement, Justin Nordhorn, who discussed the changing political dynamics of marijuana legalization in Washington. View more.

“Ignorance is not Bliss: The power of Memory in the era of Trump”

Angela Sims discussed the ethical implications of the historical connection between faith, race, and violence in the United States. A talk informed by her book Lynched: The Power of Memory in a Culture of Terror. Sims is the Robert B. and Kathleen Rogers Chair in Church and Society, and Associate Professor of Ethics and Black Church Studies at Saint Paul School of Theology in Overland Park, Kansas.Angela Sims spoke at the Foley Institute to discuss the history of violence against African Americas, particularly lynching, in the United States. View more.

“Climate Change: Who to blame for extreme weather”

Extreme weather incidents such as hurricanes spark debate about climate change. Dr. Greg Lusk explained scientific efforts to attribute the causes of such events and the implications for public Greg Lusk is a postdoctoral researcher at the University of Chicago. View more.

On August 30, Professor Theda Skocpol spoke on the topic of political mega donors.Many millionaires and billionaires have banded together into donor consortia that aim to transform policies to suit their agenda across the nation. How does spending by these groups affect American politics? Theda Skocpol is the Victor S. Thomas Professor of Government and Sociology at Harvard University. View more.

What does the election of Emmanuel Macron and the defeat of Marine LePen mean for France and the future of populism in Europe? What are the likely effects on the European Union? Sylvain Brouard is a research fellow at the National Foundation of Political Sciences in Paris, France. His research examines the context of the relationship between political competition, institutions and public action.On August 28, Sylvain Brouard discussed the issue of populism in France, particularly in the context of the 2016 French presidential election. View More.