Congratulations to our 2018 Graduate Fellows! These fellowships are available thanks to the generosity of Scott and Betty Lukins, Alice O. Rice, and the Burlington Northern Santa Fe Railway Foundation. 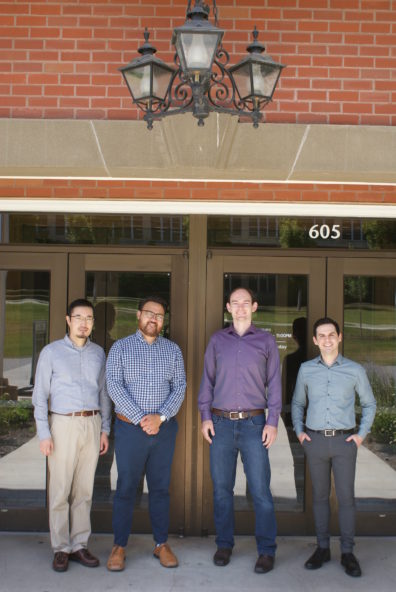 Each year the institute awards research fellowships to graduate students working on important public policy questions. These fellowships are available thanks to the generosity of Scott and Betty Lukins, Alice O. Rice, and the Burlington Northern Santa Fe Railway Foundation.

Yikang Bai’s (sociology) research examines to what extent ecologically unequal exchange relationships manifest in the global trade in plastic waste. His project attempts to understand what environmental policies are needed to cope with the global plastic waste trade and how to reduce the amount of plastic waste internationally.

Molly Carney’s (anthropology) research explores relationships between past indigenous groups and their use of the landscape. She focuses on how camas was used, consumed, and managed in the prehistoric Northwest and how changing climates and natural resource policies affected the distribution of this traditional food source. She is using the award to image and identify plant food remains from archaeological sites (using scanning electron microscopy) to reconstruct past subsistence and land management practices to hopefully better inform modern land management decisions.

Oscar L. Martinez (political science) is using his Foley Fellowship to gather data and conduct field research on  “Second-Victimization” in family courts. His research examines how judges at the family and trial court levels may inadvertently add to the cycle of victimization by allowing a perpetrator of violence against women to gain custody or visitation rights of children.

Nathan Mikami’s (political science) research explores the relationship between religious nationalism, religious literacy, and the Islamic State’s recruitment efforts in the West. He seeks to address specific policy concerns around curbing the radicalization of Westerners, as well as general questions dealing with countering violent extremism through the policies that avoid the exclusion and marginalization of specific religious and ethnic minority populations.

Samuel Rhodes (political science) is researching how online “echo chambers” condition individuals in consuming and sharing fake news. His fellowship will be used to fund a series of experiments examining the role that group dynamics play in the spread of political misinformation. He hopes that his research will allow us to better understand (and ultimately remedy) the fake news dilemma unfolding in the United States and other democracies.

James Schroeder (history) researches American military and foreign policy history, and how national security and immigration priorities created conflict within the United States government. He is currently examining Project Paperclip, the post-World War II program to recruit German scientists for work in the United States. He will use his award to travel to Washington DC and access records detailing the relationships and controversies between the civilian and military departments administering the Paperclip program.

Julia Smith’s (political science) research focuses on the relationship between gender in U.S. Circuit Courts of Appeals and judicial behavior. She hopes her research will inform our understanding of whether judges alter their behavior in oral arguments based on the gender composition of specific panels of judges and the gender of the attorneys, ultimately providing insight into the institutional barriers women may face in the legal system.