The Thomas S. Foley Distinguished Lecture Series is committed to spreading powerful ideas. Its purpose is to broaden the educational experience of WSU students and the surrounding community by bringing engaging and influential opinion leaders to campus in encourage thought-provoking discussions and ideas.

Authoritarianism and democracy in America

On Wednesday October 9, Harvard Professor Dr. Steven Levitsky spoke at the Foley institute about the emergence of far right-wing movements in Latin America and how economic fluctuations and crime have shifted power between the moderate left and right wings over the last three decades.
Levitsky explained that poverty and inequality in Latin America laid the groundwork for political instability before and during the Cold War. After the Cold War, coups in Latin America became less common and democracy was slowly able to emerge in several regions. Between 2000 and 2012 Latin America saw a major rise in its exports allowing many countries to increase their budgets for popular social programs. However, satisfaction with moderate left-wing parties began to dwindle as economies stagnated. In combination with corruption and high crime, this has led many to shift their support to far right wing parties in hopes that they will fix the problem. While this shift hasn’t been as large as many expected, more far right parties could emerge if moderates don’t deliver on their promises.

On Thursday April 25, Keith Whittington, award winning author and professor of politics at Princeton University spoke at the Foley Institute about what scenarios qualifies as a constitutional crisis and how the U.S has dealt with them throughout history.

Public Lecture: The NCAA money race. Can it be stopped?

Zimbalist discussed the many aspects to the crisis within college athletics, focusing on the fact that the median operating deficit for collegiate athletics programs is over $14 million annually. This occurs for many reasons, but perhaps the most important is the fact that athletic programs have no accountability structure. The measure of success is not profits, it is success. Athletic directors stake their careers on generating winning teams and building successful programs, meaning they reinvest the profits into better facilities and coaches in hope of attracting the best recruits. When athletic programs consistently don’t make profits universities are forced to increase student athletic fees, decrease the educational budget, and drop some non-revenue or women’s sports. This becomes a detriment to the academics of major universities. According to Zimbalist, the best way to reform college athletics is to do so through public policy that forces the NCAA to oversee university mandates for student’s academics. He asserted that individual colleges cannot reform the system on their own because they are subject to the systemic forces within the NCAA. 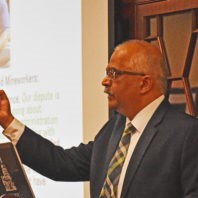 On Tuesday February 19, professor and director of the University of Washington Center for Environmental Politics, Aseem Prakash spoke at the Foley institute about the politics of a carbon tax. The lecture focused on why areas such as Washington and France have rejected carbon related initiatives and how we can effectively move forward towards improving these polices.

Dr. Prakash offered that the way to combat climate change and normalize carbon tax initiatives requires a change in our dialogue and perceptions regarding the issue. He explained there is often a misconception held by the public that carbon taxes serve the elite and punish the average citizen. However, even the revenue positive 2018 carbon tax initiative 1631 failed with voters in both eastern and western Washington. Polling also suggests that climate change is not a very popular issue for voters across the board. He suggests that in order to combat these problems, individuals need to take responsibility for their consumer choices. 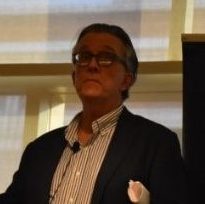 Andersen’s perception of America’s four-hundred year history led him to conclude his view that there is a strong connection to subjective beliefs and feelings over empirical and factual truths. As a result, a delusional set of beliefs have gained sway in the U.S., making Americans appear to hold more extreme views, and believe more fake news than the rest of the Western World. Throughout his lecture, connections between historical, as well as current, examples of extreme religious views, intense individualism, conspiracy theories, and a show business mentality are claimed as contributions to the formation of Fantasyland America. Andersen argues that Americans can still regain their national balance despite a long and recurring history of fantastical thinking, which has led to an imbalance of political polarization.

U.S. nuclear weapons: What are they good for? 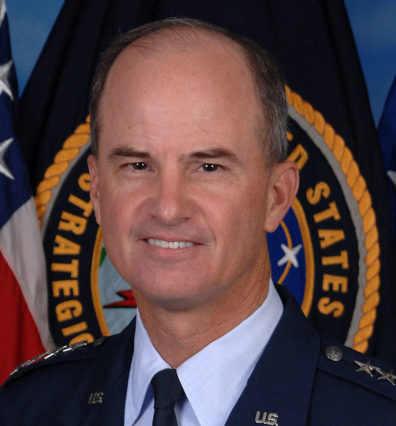 General Kevin Chilton, (U.S. Air Force, Ret.), who spoke about America’s nuclear deterrence capabilities. Recalling that there has not been a major war since nuclear bombs were dropped on Japan at the end of the Second World War, Chilton made a forceful case for the need to maintain and improve the arsenal of nuclear weapons in the United States. He suggested that it was important keep pace with potential enemies in the world, given the increasing proliferation of nuclear arms despite numerous treaties.

Chilton went on to say that the best approach for an army is not to fight a war, but to prevent one from taking place, and that failing to do so could easily lead to the end of our country and way of life as we know it. 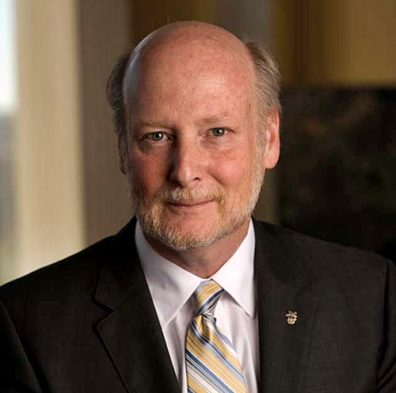 Howard Gillman is chancellor of the University of California Irvine. His most recent book (with Erwin Chemerinsky) is Free Speech on Campus, which offers some perspective around what colleges can and cannot do when dealing with free speech controversies.

Nancy Rodriguez (director of the National Institute of Justice) 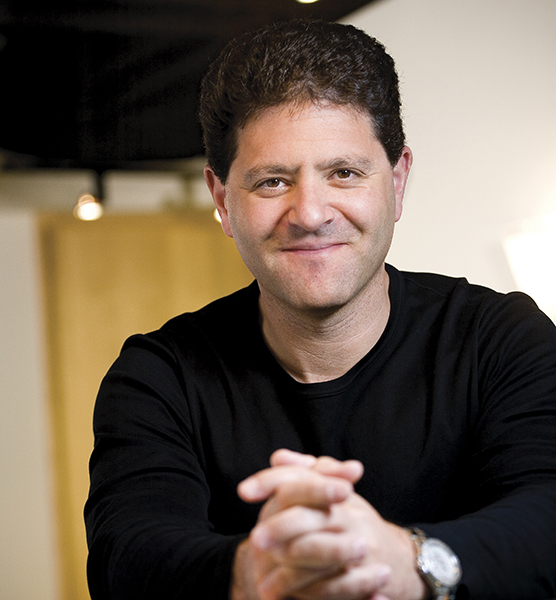 Nic Hanauer (venture capitalist) gave two Foley Distinguished lectures: one on the WSU Pullman campus, and another at the Fox Theater in Spokane, WA. Hanauer, an entrepreneur, civic activist, philanthropist, education advocate, and member of the 1%, argued that the economic status quo of the United States and the shrinking middle class is a detriment to everyone—including the very wealthiest. Successful capitalism, he argued, is the greatest social technology ever invented to create prosperity in human societies, but when left unchecked, leads to concentration of capital and eventual collapse. Instead of a trickle-down approach, we need to refocus our efforts to strengthening the middle class. He called for a change in the way all Americans see our economy, and how wealth is distributed.

Religion & Politics: The Place for Religion in Public Life

Christopher Hitchens (political commentator and writer) visited Pullman in October 2009 to present an evening lecture on the subject of “Religion and Politics: The Place for Religion in Public Life”. Speaking to an audience of almost 500, his lecture provoked a thoughtful dialogue with audience members during an extended question and answer session.

Hitchens expounded on the thesis that his audience was lucky to live in a country like America, one of the few countries of the world with a defined separation of church and state. He discussed some of the problems inherent in countries that allow religion to dominate politics, although he did also note that one way to ensure a more secular country is to institute a state religion, as is the case in the United Kingdom. Following his speech, Hitchens signed copies of his book and met with members of the audience.

The following day, Hitchens met with students, faculty, and others as part of our Coffee and Politics series. He addressed a wide range of topics including the political situation in Cuba, the re-emergence of the political Left in Latin America, the Israeli-Palestinian conflict, and Afghanistan. Christopher Hitchens’ most recent book is entitled God is not Great: How Religion Poisons Everything. 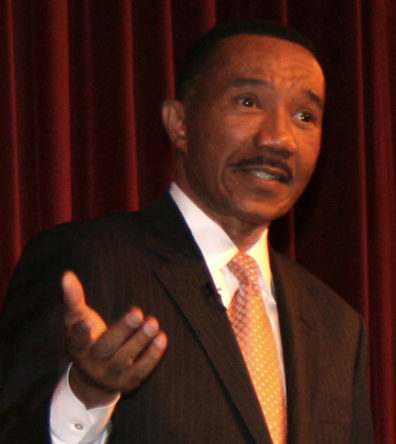 The Era of Political Instability

Empire of Illusion: The End of Literacy and the Triumph of Spectacle 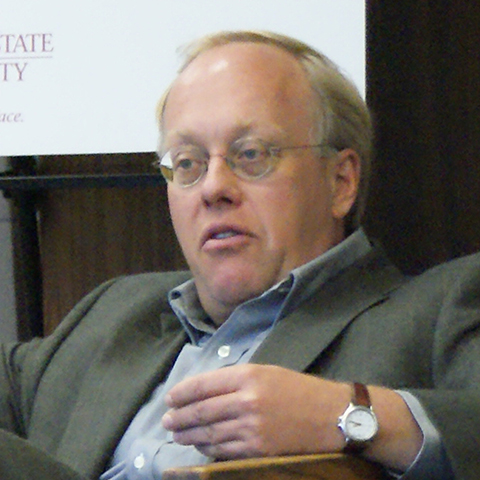 Author Chris Hedges discusses his latest book, Empire of Illusion: The End of Literacy and the Triumph of Spectacle, followed by a book-signing. 7:00 p.m., CUB Auditorium.

National Security and Civil Liberties in the 21st Century 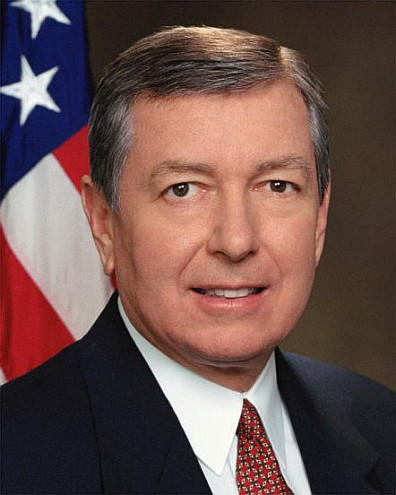 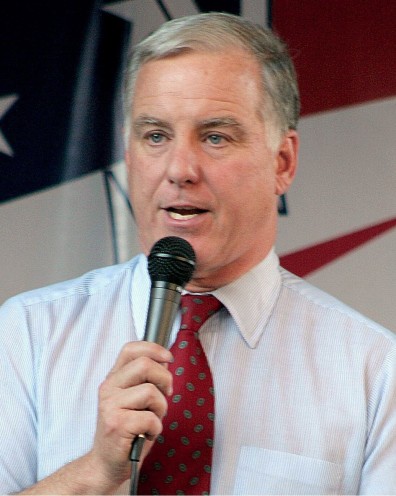