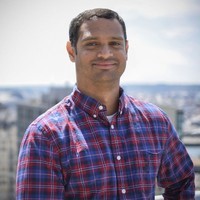 Confronting global warming with citizen input in the policy process

On September 14, Washington State University alumni Sameer Ranade, a researcher for the Washington Environmental Council, returned to campus to engage the community and students in a conversation directed around Global Warming and policies surrounding carbon emissions. Throughout the past decade there have been a variety of initiatives aimed at lowering combating climate change.

Ranade discussed the negative effects that the exponential increase in greenhouse gases over the last century has had throughout the world. Ocean acidification was a major impact in that the ocean absorbs carbon dioxide from the air and in turn acidifies the ocean, causing adverse effects on marine life. Furthermore he used his presentation to actively engage listeners on issues within Washington and how climate change can affect the local population of the state, such as through salmon depletion and the threat of forest fires. Even more specifically, Ranade elaborates on the Pacific Coast Climate Collaborative (PCCC). One of their goals is to reduce emissions by fifty percent from the year 1990 in Washington due to the signing of this statue into state law. However, at an even larger scale this organization focuses their efforts on reducing carbon emissions and effects within the areas of Alaska, Washington, Oregon, California, and the British Colombia. Unfortunately, no mechanism was ever established to properly accomplish this goal, yet if it can be accomplished the PCCC will attain a status equal to the fifth largest economy in the world.

Ranade and his associates within the Washington Environmental Council have employed the use of climate listening sessions where they discuss climate issues with local communities and gain their perspective so that they can utilize the feedback in the policies they create. Some of the larger initiatives that they have begun to develop include the Alliance for jobs and clean energy, and carbon pollution tax policies. These contributions could lead to the possibility of including these ballot measures in the next Washington state election, depending on voters signing approval for these initiatives.

Ranade believes that a carbon tax policy will be the most fruitful initiative to pass. He asserts that this policy will lead to more innovation within the clean energy sector, and provide for cheaper alternatives as well. Additionally, the policies that are complementary to carbon taxing, such as electrical renewable energy and public investment from the tax, will provide even further benefits to helping reduce carbon emissions and climate change.