Why hoard toilet paper? The pandemic and social connectedness

On Tuesday, April 28, the Foley Institute welcomed Hans Hacker and William Blake to discuss why people act selfishly in times of crisis.  Dr.Hacker explained that people are trying to “win the pandemic” by hoarding toilet paper because of disconnection. People who do not have a community connection tend to act selfishly, and in today’s world people are more disconnected than ever. Dr.Hacker also discussed the different types of games people may be playing: collective or zero-sum.

Dr.Blake further elaborated on the concept of games and discussed zero sum and collective game dilemmas in American political history. He gave the example of rights disputes being a zero-sum game, meaning that in order to win, everyone else must lose. On the other hand, American independence was something of a collective game, where winning meant the group’s success. This is exemplified in Benjamin Franklin’s famous words “we must, indeed, all hang together or, most assuredly, we shall hang separately”.

Voting in a pandemic: The politics of making the next election safe

On April 16, three scholars of elections discussed some of the issues around voting that the Covid-19 pandemic has highlighted, and specifically that of voting by mail.

Paul Gronke, Reed College, noted that many states do not have a “no-excuse” absentee voting system, and that currently only five states, Colorado, Hawaii, Oregon, Utah, and Washington have all-mail elections. President Trump has already signaled his extreme opposition to such systems, and as Gronke noted, it is not clear what it would mean to have states institute vote-by-mail when they have never previously done so.

Todd Donovan, Western Washington University, suggested that there were numerous administrative challenges presented by trying to institute such a system, noting that even though the literature suggests that even if voting by mail increases turnout, it does not change the partisan composition of the electorate. However, this does not seem to change the partisan views of voting by mail that it does change elections.

Howard Schweber, University of Wisconsin-Madison, referred to Wisconsin’s earlier primary election that was held in-person, but with huge logistical challenges that saw polling stations closed as workers refused to open them during a pandemic. Additionally, Schweber suggested that the pandemic gave more opportunities to suppress voting, and he also felt that there more elections with similar issues to those experienced in Wisconsin.

Not enough ventilators? The ethics of allocating health care in a pandemic

On April 7, William Kabasenche, School of Politics, Philosophy, and Public Aﬀairs at WSU, Pullman, and Carl Heine, department of Medical Education and Clinical Sciences at WSU’s Elson S. Floyd College of Medicine in Spokane, spoke about resource allocation in the midst of a pandemic and the ethical models of patient care that needs to be navigated toward feasible solutions.

Heine noted that a shortage of medical supplies across neighboring facilities is only one of many factors that prevent us from utilizing standard emergency responses. Other issues include the complexity of the respiratory problem, and the prolonged duration of the virus. “Patients come in at a diﬀerent rate…and then we have those patients on a ventilator for 10-20 days before we know what the outcome is.”

On March 10, Ryan Crocker, a former Ambassador for the United States to Afghanistan, Iraq, Syria, Kuwait, Lebanon, and Pakistan, spoke about failed states in the Middle East.

He explained that when states fail, political actors move towards the “empty space” to seize power and gain control. One of the problems was, he suggested, that colonizing countries such as France and Britain were not interested in building democratic institutions and laws, but rather to enrich themselves. After the failure of colonialism, a political vacuum gave way to the fall of monarchies in the Middle East. Arab Nationalists rose to power in countries such as Egypt, Iraq, and Libya. Militaristic leaders such as Khadafi ascended to power in Libya, Communism in Yemen, and Arab socialism is Syria and Iraq.

Crocker argued that elections alone do not create a democracy. The creation of democracy requires institutions and laws for the people of a state to self-govern, before figuring out election processes. While states with the most power strive to remake the world to advance their own interests, democracy requires interests of the people as well. Essentials of democracy include security, economic opportunity, social services, and individual liberties.

In the summer of 2014, the Islamic state sent delegations into hospitals to learn how to provide services. The delegation asked the hospital staff about information on medical inventory, nurses, doctors, and medical qualifications. The Islamic state understood the historical legacy and tried to show they were going to govern in a style that helped the people. However, the Islamic states extremism and the United States military pressure led to the Islamic state’s collapse. In the future, ungoverned space provides opportunity for Islamic state to possibly return, if not the Islamic state then another group will rise to govern.

On March 3, Luis Cortes Romero, a graduate of the University of Idaho School of Law, DACA recipient, and co-counsel at the recent Supreme Court case, discussed the Deferred Action for Childhood Arrivals (DACA) program and implications of the Court’s possible decisions.

DACA provides a pathway for lawful residency in the United States via green cards, with the aim of eventual U.S. citizenship. Cortes Romero discussed the legality of DACA and how it has been subject to multiple political ideologies given the timeline of DACA going through the courts. He placed this in the context of the Trump administration’s views on immigration, which included opposition to DACA.

Texas, along with several other states, challenged DACA, and the case advanced to the 5th Circuit Court of Appeals which ruled that DACA was unlawful. This case was then accepted by the Supreme Court. However, due to the passing of Justice Scalia, the Supreme Court only had eight members at the time the case was taken up. Since the Court was split 4-4, the 5th Circuit ruling was upheld that DACA was deemed unlawful.

As Jeff Sessions ended DACA, Luis Cortes Romero and his collogues filed suit in federal court. As the case progressed to the Supreme Court, Theodore Olsen joined Luis Cortes Romero for oral arguments in the defense of DACA on November 12, 2019. The case will be decided between now and June 2020. If DACA is allowed to be restored, then the Trump administration would have to join the process to rescind the program.

On February 28, the Foley Institute held its annual symposium cosponsored with the Washington Secretary of State’s Office in Olympia, on Election and Ballot Security. The speakers included Reed College Professor Paul Gronke, Chief Information Security Officer Justin Burns, and King County Elections Director Julie Wise. The discussion focused on election security practices,resource utilization, and how to maximize the integrity of our elections.

Gronke discussed how to increase election security by utilizing data to provide real-time forensic monitoring and analysis of elections. He is currently testing election security in the Pacific Northwest. The goal of Gronke’s project is to ensure transparency and trustworthiness to uphold the integrity of the monitoring process.

Burns discussed how to maintain privacy and transparency while advancing technological security measures. He explained that multiple agencies, such as the Washington Air National Guard, provide equipment to detect anomalies within the election system. Burns also discussed a program to recruit technologically-inclined people to assist the protection and integrity of American elections.

Wise explained how her office works to ensure public trust. The steps taken to increase physical security include more than fifty security cameras and the use of biometric requirements for accessing files. Additionally, the physical setup of the election counting office allows for public observation, without interference, of ballot counting through Perspex walls 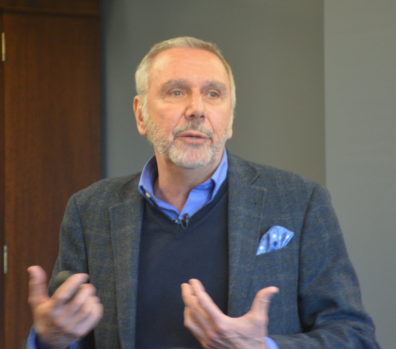 On February 18 Lawrence Pintak spoke about the ways Islamophobic rhetoric has been used by politicians throughout American history in order gain support for their election campaigns.

Pintak explained how islamophobia has been utilized recently by politicians including Ted Cruz, Marco Rubio and Donald Trump during the 2016 Presidential election. However, Islamophobic sentiment can be traced further back in American history from individuals such as Francis Scott Key. Today, the media has helped fuel these sentiments by framing crimes committed by Muslims in an overly sensationalistic and negative way. Furthermore, right-wing social media influencers have contributed to this sensationalism by targeting representatives like Ilhan Omar and Rashida Talib with online attacks. Despite this ongoing politicization, the Pew Institute has found that most Muslims are proud to be American and identify with American values. Pintak concluded by suggesting that Americans should be wary of the use of Islamophobic rhetoric during the upcoming 2020 election period.

Pizza & Politics Series |Moving to America: From Mexican to Mexican-American 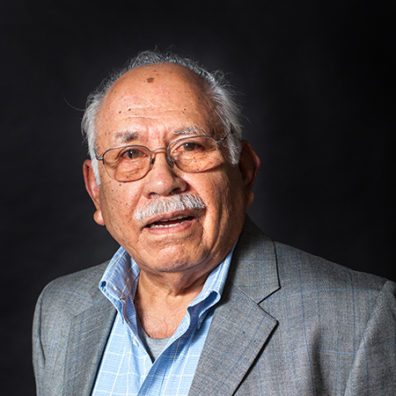 On Thursday, January 30 the Foley Institute welcomed Carlos Gil, an emeritus professor at the University of Washington specializing in Latin American history, for the Institute’s Pizza and Politics Series. Gil, author of “We Became Mexican-American: How Our Immigrant Family Survived to Pursue the American Dream” discussed his family’s 100-year journey of immigrating to America and assimilating to its culture.

Throughout his lecture, Gil discussed three central ideas: the origins of his family’s immigration and how their story and many other’s began as result of American and Mexico’s close economic relationship, the struggles of assimilation and the conflicts of holding onto one’s culture but trying to fit into a different one, and finally how the cultural baggage of immigration varies significantly across generations. Gil explained that the challenges of assimilation and becoming American do not necessarily go away with time. He closed, by stating, “assimilation is a trans-generational process; it is complex, and it is personal.” 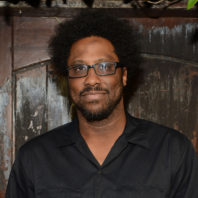 On Thursday, January 23 the Foley Institute welcomed W. Kamau Bell, ambassador of justice for ACLU, stand-up comedian, and television host to talk about the role comedy plays in politics. Kamau talked of his experience, stating that he did not fit into political comedy shows as they tend to take a left or right-wing approach. This encouraged him to write his own show regarding sociopolitical issues such as race.

He believes that comedy brings people together on divisive issues and uses his platform to include talking points about inclusion, identity, and structural racism. Kamau says his role is to delve deeply into these issues and create comedic content that allows everyone to have a better understanding of each-other. Through comedy, Kamau says we are able to have smarter and better conversations.